Wendy Zhang, Mortgage Loan Officer / Seller
She's a mortgage loan officer and the seller of a property to Daverena White (story below). It's amazing how she can take someone earning $15K/year and put them into a loan for $698,000. At what point does "helping" become criminal? The house and story are below.

Zhang, then 39, was the seller, and she worked as a mortgage loan officer in Rockville. She and her husband had bought and sold a handful of other properties in recent years.

What exactly was it that Zhang understood? "She wanted to buy the house," Zhang would say later. And so she helped find White a lender -- a finance company owned by General Electric called WMC Mortgage that specialized in sub-prime lending and would soon go out of business -- that would allow 100 percent financing.

Even better, as White recalled: Zhang told her that she could get cash back at the closing and that in a beautiful place like Clarksburg her day-care business would thrive.

"You buy this house," White remembers Zhang saying, "and you will be rich."

Across the country, thousands and thousands of such loans were made. White's papers cited income of $163,320 a year, even though she says her 2005 income-tax earnings were less than $15,000 and she relied at times on food stamps.

After owning the house for 22 1/2 months, Zhang and her husband sold it for $203,000 more than they had paid. "In that market, the profit is very, very reasonable," Zhang would say later. Her only mistake, she said, was helping White. "I tried as much as I could to help her. Believe me, I did."
Posted by Tyrone at 8:37 AM 2 comments: 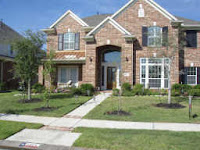 The Oropeza's are on the move again.

Recall their case of robbery through home refinancing: Oropeza, Part I

They fled their home-ATM escapade in California to move into a McMansion in Katy, TX. But the Texas dream is fading, as their 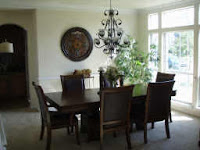 McMansion is up for sale. And according to the listing site, the house is also available for rent. Something tells me that the Oropeza's aren't too concerned about losing their down payment, considering, of course, that the down payment was taxpayer dollars.

Enjoy the pictures of the Oropeza furnishings that OUR TAX DOLLARS ARE PAYING FOR. 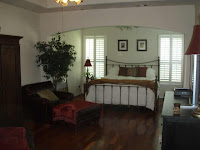 This nearby house might give them some trouble:
2103 Monona Dr 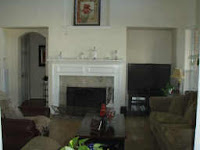 Fort Bend Assessor
Posted by Tyrone at 8:00 AM 1 comment: